Soothing and scolding the community through digital news 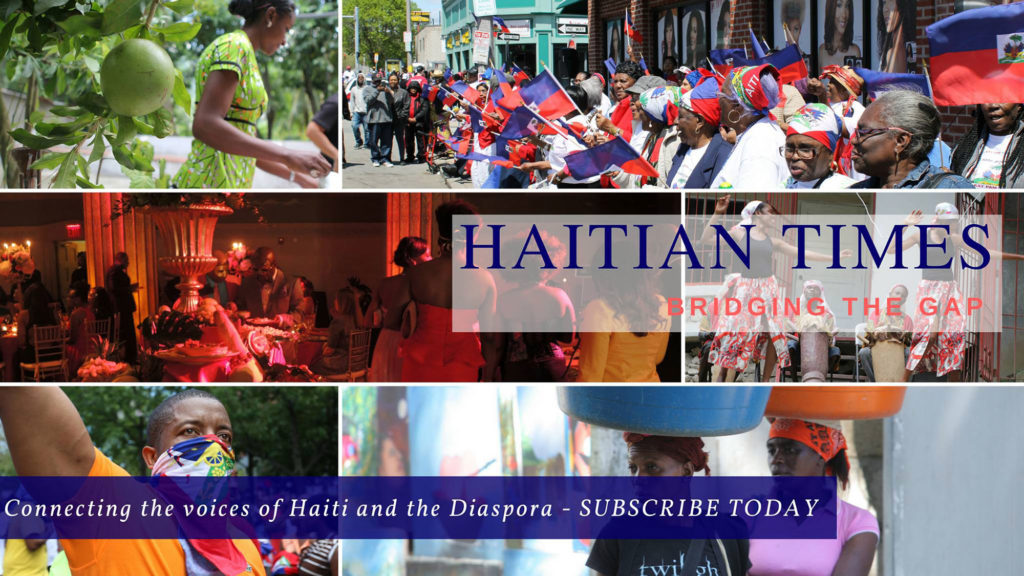 Immediately after New York City’s lockdown orders went into effect in mid-March, Haitian Times founder and editor Garry Pierre-Pierre held a virtual meeting with his staff: “This is the moment that The Haitian Times was founded for,” he remembers telling them, “because if we don’t tell the story of the Haitian community, nobody will.”

They got to work reporting on how the coronavirus was decimating New York’s Haitian community, which includes many health workers. “We realized that Haitians were dying like flies, and I’m not exaggerating,” Pierre-Pierre said, noting that a high incidence of underlying conditions like high blood pressure and diabetes made the community particularly vulnerable. The English-language news website published stories on how Haitians as Black immigrants are doubly hit, even if data is not yet available to confirm what they were seeing; on Haitian restaurateurs finding ways to adapt their businesses, and Haitian-led immigrant organizations that feared they were being sidelined in relief efforts.

Reporting on a Haitian community in crisis has been a familiar role for Pierre-Pierre since he founded the media outlet 20 years ago, but these days he feels The Haitian Times is better able than ever to offer in-depth community-based coverage. After years of retrenching for financial reasons, the outlet boasts a robust digital presence averaging 150,000 unique views a month and the New York City government is supporting the website with advertising for the first time. In addition, the site secured reporting grants this year through the Pulitzer Center and Report for America, which enabled it to step up coverage.

“The past two years we have had an amazing amount of growth,” said Vania André, Haitian Times board chair who recently joined non-profit newsroom THE CITY as its communications and marketing director. “If you’re such a small niche publication you don’t have access to resources. We have gotten a number of grants to help us support our funding for our reporters. That was refreshing. People do appreciate us, regardless of how small we are.”

The Haitian Times has also used social media to reach unprecedented audiences. By far their most viewed content was a Unity Festival fundraiser, featuring Haitian musicians including Wyclef Jean. For years, Pierre-Pierre hosted a successful Kreyolfest, an annual music festival in Brooklyn, which typically drew 10,000 to 20,000 attendees. More than 350,000 watched the Unity Festival broadcast virtually on May 17 and it has so far raised more than $60,000 for relief efforts. Some of their nearly 20,000 Facebook followers cheered the effort: “Good job Haitian Times,” “This is dope.” And Haitian Times jumped in too: “That’s Right!! L’union Fait La Force!🇭🇹”

Pierre-Pierre founded The Haitian Times two decades ago after climbing the rungs at mainstream newspapers, eventually arriving at The New York Times. But he felt frustrated he could not provide more in-depth coverage of his community for Haitian Americans like himself who felt closely connected to both sides of their identities. While many Haitian outlets existed in New York, they targeted his parents’ immigrant generation more than his own. In addition, reflecting diaspora home country politics, outlets were highly polarized. The most popular ones also tended to be radio. “In Haiti the rate of illiteracy was very, very high so people connected more to radio,” said Ricot Dupuy who is the host of Radio Soleil, also based in Brooklyn. “There is that relationship with the receiver that Haitians carry with them overseas.”

But Pierre-Pierre envisioned a new paper, not targeting recent immigrants but people who grew up in the United States, that both told the stories that “soothe” the community – about Haitian-Americans who had succeeded in the U.S., or of the positive attributes of their unique heritage – and also was not afraid to “scold” and hold institutions and individuals accountable.

Josue Pierre, now a district leader in Brooklyn, remembers when he was in college walking by a cash-checking place in New York and spotting The Haitian Times. He grabbed it, excited to find an outlet about Haitian Americans written in English. “This is an outlet about me, one of my people telling me about me, and more my perspective than an outsider perspective,” said Pierre, who immigrated when he was 5. “They bridge this huge generational gap. They are where Haitian Americans can get news about their culture and themselves.” Later it would be where he read about the first Haitian-American New York City Council member, which became one of his inspirations to enter politics. And now, when The Haitian Times reports on him, he sees how the digital stories quickly move among readers in New York and beyond as people contact him from Florida to Boston. 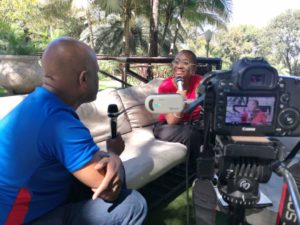 At its largest the weekly newspaper boasted a staff of 12. But in 2007, ad revenues plummeted, and one week the paper published an edition with not a single paid advertisement. Pierre-Pierre knew something had to change and scaled way back, going completely digital in 2012. That same year Pierre-Pierre became the founding director of the Center for Community and Ethnic Media, now the Center for Community Media (publisher of this report), at CUNY’s Craig Newmark Graduate School of Journalism. From 2012-2015 he led the program, bringing in media experts, commissioning studies of digital practices and city advertising, and hosting roundtables for many of the 200 community and ethnic outlets in New York. While supporting the sector, he was also considering how to apply these lessons to The Haitian Times.

Starting in 2014 he had a new co-collaborator in envisioning how to grow the outlet: Then 24-year-old André. While both of them were working other jobs, they started figuring out not only how to keep The Haitian Times alive, but how to grow it. They started with improving digital circulation, focusing on searchable terms, creating an aggregated round up of Haiti coverage, and revamping the website. “Garry and I worked extremely well together because we bring different things to the table,” said André, who stepped down as editor-in-chief in April. “It was really refreshing [for me] as a young woman that someone was trusting me with this.”

By 2016, Pierre-Pierre returned to the paper full time and also started building up a digital subscription program, convinced too much content was being given away. The first four paragraphs of a story are provided for free, but after that a reader has to subscribe. Today, the outlet has 300 subscribers paying $60 a year and more than 200 paying $10 a month. “I think it’s working because we’re changing habits,” he said. 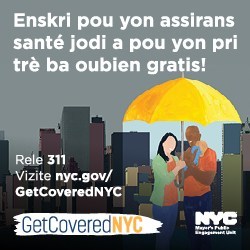 Advertising from the city of New York has helped The Haitian Times stay afloat.

Pierre-Pierre says that critical to surviving the coronavirus contraction has been an executive order New York Mayor Bill de Blasio signed in 2019 that mandated print and digital community media should receive at least 50% of the advertising budget of all city agencies. Previously, it had been hard to convince government entities to advertise in anything but a print or major broadcast outlet. In addition to garnering ads from various city agencies, the site now carries New York health insurance and 2020 Census ads in Kreyol and English that have pulled in about $30,000 so far in 2020.

Meanwhile, Pierre-Pierre keeps looking for new funding sources. In January, The Haitian Times launched an e-commerce business. “The idea behind it is you have a lot of artisans in Haiti who are looking for a market,” Pierre-Pierre said. “You have the Haitian-American community with nostalgia.” In its first two months it sold about $1,000 of merchandise. “We want to show fellow publishers of local and ethnic media outlets what they can do,” Pierre-Pierre said. “They don’t have to be intimidated that they don’t have enough resources.”