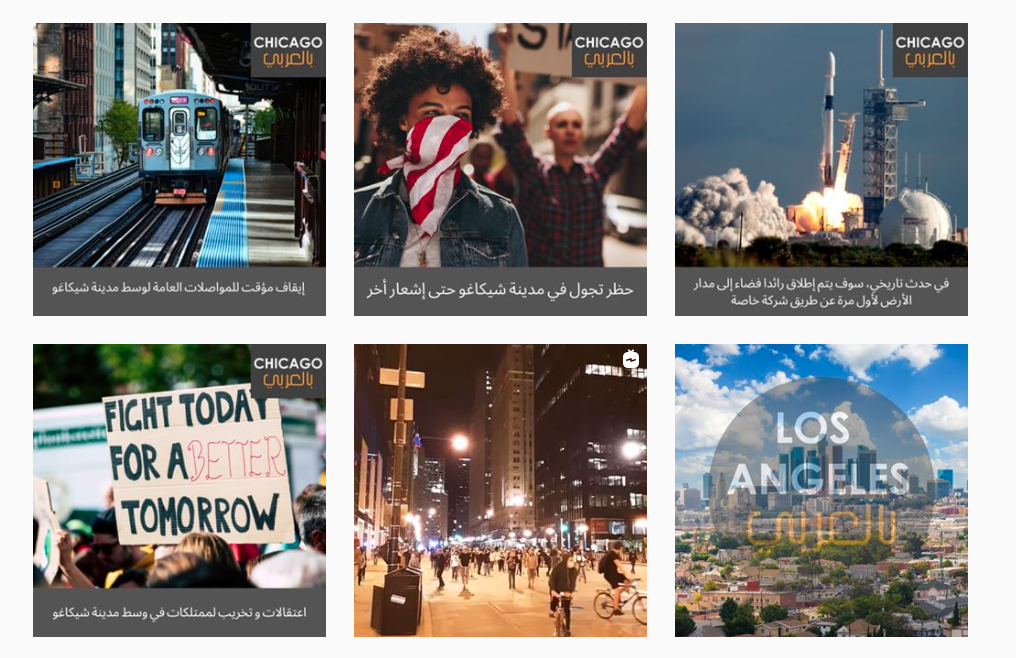 The two young Syrian immigrants to Chicago, who traced their friendship to 7th grade in Damascus, wanted to help other Arabic speakers to love their adopted city as much as they did. Neither set out to become a journalist. When Anwar Jebran and Malek Abdulsamad launched Chicago in Arabic in 2015 as a website with a strong social media presence, the posts were timeless tributes to architecture, fun events, and history. A side gig for both of them — Jebran is a doctor and Abdulsamad an architect — they dreamed it was the beginning of a network of affiliated sites stretching across North America, encouraging Arab immigrants to engage more with the cities where they live. 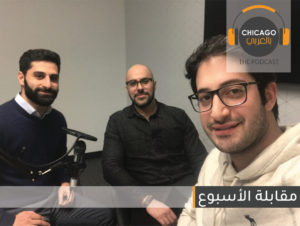 Malek Abdulsamad (left) and Anwar Jebran (right) host a guest speaking on entrepreneurship on their podcast.

Then coronavirus hit. As their audience asked questions, Jebran and Abdulsamad realized Chicago in Arabic needed to include breaking news, so they started translating and explaining the latest developments for the community of Arabic speakers they had cultivated. They launched a new podcast, Quarantine in Arabic, in a mixture of English and Arabic, to provide an in-depth look at how the relief efforts were playing out and how members of the community were adapting. And they partnered with local non-profit news outlet City Bureau to provide resources in Arabic. At the end of May, as reaction gathered force nationwide to the killing of George Floyd by police in Minneapolis, they started livestreaming protests being held in Chicago, and creating graphic posts translating curfew orders. Chicago in Arabic’s Facebook traffic alone reached more than 1.5 million the week of May 26, up more than 800% from the week before.

For the small team — which includes the two childhood friends, a recently hired full-time employee, two part-time designers and translators, and about five volunteers — knowing they were providing information to Arabic speakers who would not otherwise have access to it pushed them to work feverishly. Jebran, an internal medicine doctor, would get home from 12-hour shifts and quickly change gears. “Chicago in Arabic worked as a great distraction for me,” Jebran said. “It made me shift my focus once I left work and helped me forget the rough day I had at the hospital.” Abdulsamad, who works in commercial real estate, found his work drastically reduced in the past few months, opening up time to focus on Chicago in Arabic.

With the shift they have had to develop journalistic ethics for their outlet. A Public Newsroom convening from City Bureau helped provide the fundamentals on journalistic principles and forged an ongoing relationship. “We learned a lot from their reporting,” Abdulsamad said. “We meet with them, we do brainstorming and we exchange ideas.” They steer clear of publishing opinion pieces. They do a lot of reposting and citing with translation from other outlets. “We check, we verify.” And they are going out on the streets, photographing and documenting the civil unrest. The site was not what they had initially envisioned, but they realized in many ways it had become more powerful than they had imagined. 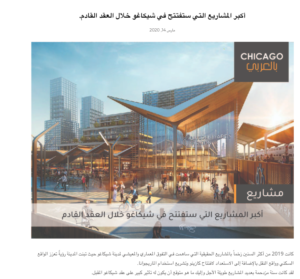 The initial goal of Chicago in Arabic was to connect immigrants to the city, with a focus on architecture. This post is about Lincoln Yards’ development.

When Jebran and Abdulsamad moved to Chicago in 2011 and 2013 respectively, they felt that local Arabic language news sources focused more on countries left behind, politics and religion and less on their adopted hometown. “We found a broken link between our community and the city,” Abdulsamad said. They felt that Arab immigrants to Chicago should push to engage with the extraordinary city that the two had made their home. “We were privileged and we saw the city through an entirely different lens,” he said. “How come our community cannot see that aspect as the city? It’s because we’re not as integrated as we can be.”

At the same time, they saw social media’s potential to reach and cultivate the Arabic-speaking community, which the newspapers in Arabic had not done as well as some social media groups. In Chicago, for example, the Facebook group Arab Chicago has more than 135,000 followers. In response to coronavirus and the civil unrest, that group has stepped up to serve more in a news capacity, actively collecting videos on Snapchat and live reporting on social media. Yet Jebran and Abdulsamad contend it has generally served as more of an open forum and community Yellow Pages.

Chicago in Arabic merged brief explanatory local posts, strong design and multiple social communities, to grow organically around answering questions people had about their adopted city. How does O’Hare airport stay warm enough to function during freezing winters? What are summer opportunities for children? What is the story of the bridges of the city? 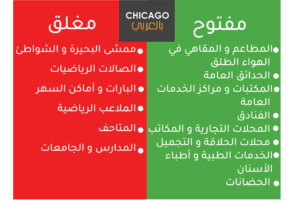 While the website is in Arabic, and caters to newer immigrants who may not have had the opportunity to go to college in the U.S. as Jebran and Abdulsamad did, they also wanted to connect with their peers who are fluent in English and often more integrated into life in the U.S.

They created an English-language podcast which highlights the journeys of Arab American immigrants and children of immigrants in the U.S., such as singers, tech engineers and community leaders. These are intentionally inspirational stories: “Work hard and you may succeed – here are people who have succeeded,” Abdulsamad said.

Jebran and Abdulsamad said they took their time developing the site, considering it “a side hustle,” and holding off for years on advertisements while they built an audience and crafted the design. “We didn’t do any money generating. We wanted to do as much content without any ads,” Jebran said. In the summer of 2019 they started accepting ads. Sales paused at the beginning of the pandemic, but have been returning as businesses begin to reopen. In the past few months they were able to hire their first full-time employee, in addition to five volunteers and two part-time contractors working on translation and graphics.

They quietly developed other sites in New York and Montreal starting in 2017, and they launched in Los Angeles in mid-April during the pandemic. “It felt timely to push on it and it was the right call to make,” Jebran and Abdulsamad wrote in an email the first week of June. “We are approaching 2,000 followers in 1.5 months and growing our reach over 34,000 people in the last week alone.” Now they have plans to launch a Detroit in Arabic in July.