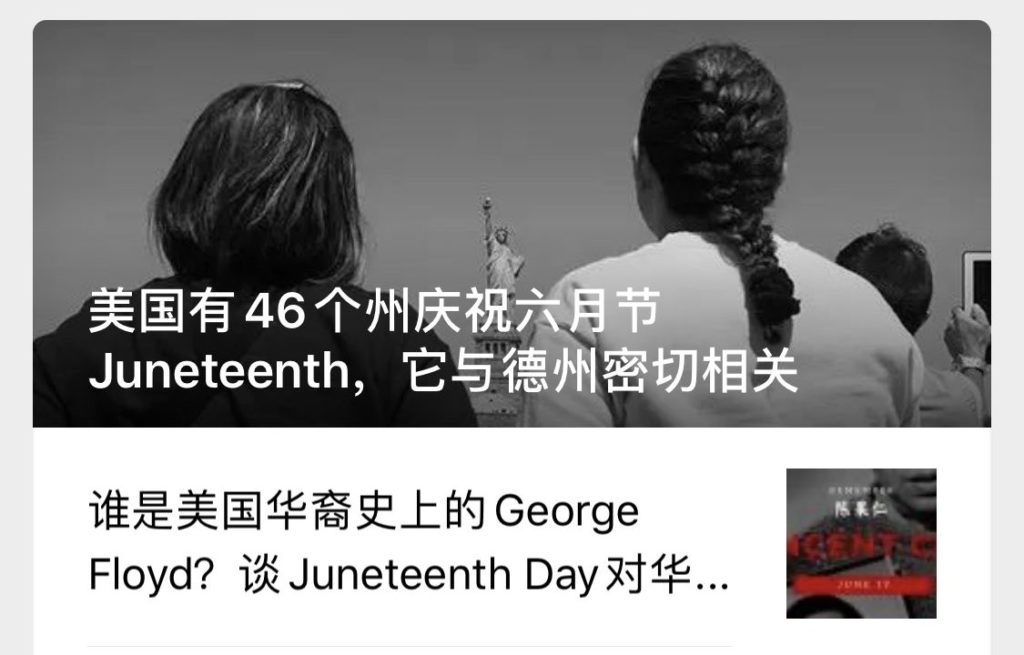 Houston Online is based on the Chinese social media app WeChat. The top post is on Texas’ connection to Juneteenth and the lower one on a multiracial solidarity forum that asked: “Who is the Chinese George Floyd?”

In mid-February rumors spread through Chinese immigrant communities across the U.S. that a birthing center in a Texas suburb was helping clients possibly infected with the coronavirus “escape” to Houston, and was practicing very questionable quarantine practices. The rumors had mostly moved via WeChat, the Chinese social media platform that’s something of an amalgam of Facebook, WhatsApp, Yelp, and Venmo, and hosts thousands of channels. Half-truths and misinformation thrive upon it.

Houston Online, or HOL, a WeChat outlet that’s garnered an unusual reputation as a reliable and fact-based information source, decided it was time to uncover the truth about the birthing center. “We produced this story to dispel the rumors that have been circulating within the Chinese community,” Rachel Ke, the founder and editor, wrote in Chinese. She interviewed public health officials in Fort Bend and Harris counties, owners of the birthing center and residents, learning that the rumors of public health risks were unfounded.

Since the virus started in China, and long before widespread local reporting in the U.S., Ke, heading a team of freelancers and volunteer citizen reporters, ran extensive coverage of COVID-19, dispelling rumors and writing about local Chinese businesses facing declining sales. She’s also updated readers on other virus-related impacts: how a drop in oil prices may affect Houston, plans by a Texas grocery chain to hire short-term workers, and how local school districts and hospitals are responding.

HOL showed its value as a trusted resource during earlier crises. In 2017 during Hurricane Harvey, panic spread among residents of Katy, one of a few Houston suburbs where Chinese immigrants have increasingly settled in recent years. Some channels posted on WeChat that there was no place in the flood zone that was safe. “Many were uncertain when to evacuate,” said Sam Fang, a petroleum engineer. “We really needed level-headed, accurate information.”

Ke and her team worked around the clock to track the city’s response, compile emergency resources, and inform residents. “In a situation like this, people need credible and accurate information, not fear mongering,” said Ke. Over the course of a week, most stories she published received more than 100,000 views.

In addition to reporting and disseminating news following the hurricane, Ke formed a group on WeChat coordinating volunteers to provide supplies and to assist with verification of information. “You may see HOL saying so-and-so at this particular address needs immediate help, and someone would volunteer to head over,” said Fang, who is 35 and has used the site since he moved to the city in 2013. “The resources were stretched so thin during Harvey it [was] important for the Chinese community to help each other.” 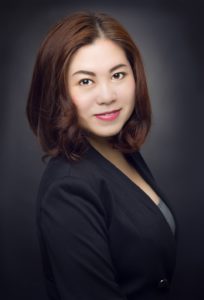 Ke, who studied communications in China, never intended to create a breaking news source. An active blogger and avid participant in Houston’s cultural scene, she often found herself the only Chinese immigrant in the room. “The Chinese community here lacks a source for information about diverse events and activities happening in the city,” she said. “My goal was to encourage the Chinese community to explore, and explore outside their small network.”

Not long after launching a website in 2012, Ke realized she needed to adapt to the newly popular mobile app where Chinese immigrants were getting their news. In the past five years, WeChat has become home to more than 10 million content producers, and has quickly eclipsed traditional news outlets as a primary source of news and information. WeChat’s “public account” feature allows anyone to publish well-packaged content to its 1 billion daily active users.

A vast number of quasi-news outlets native to WeChat, many targeting Chinese immigrants in the U.S., have emerged. Some, like College Daily, have developed into influential, although factually dubious, national brand names. Local WeChat outlets – sometimes more than one in each city – have also cropped up, offering a mix of aggregation, ads, lifestyle info and news. Few are run by journalists, and many are ventures that merely chase traffic.

Newspapers have also tried to get into the market with their own WeChat outlets, often copying a newspaper story onto the platform. World Journal, the largest publication serving the Chinese community, went on WeChat before Houston Online. But its channel only received about 300 views per post in October 2019. In the same month Houston Online averaged 10 times that at 3,000 a post. According to a third-party data analytics platform, Houston Online has almost 250,000 active readers on WeChat. Houston Online’s website suggests that 70% of its readers are based in the U.S., and 25% are in China. 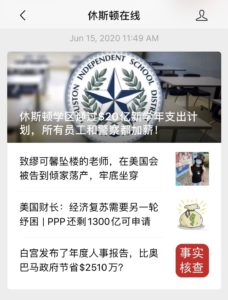 Like many Chinese-language WeChat local news accounts, Houston Online consists of a mixture of reposting, aggregation, translation, and limited original content. Many of the stories are sourced from the big Chinese-language newspapers and wire services serving the U.S., while the remainder is a mix of translations from local English-language sources, press releases and original stories. Broader coverage of politics and current affairs is included, unusual for most WeChat outlets.

Ke is the only full-time staffer, and runs a team of about 10 part-timers and freelancers to help with translation and digital content production, including audio and video editing, photography, graphic design, and web support. But she is careful to keep the scale of her work small. “I tell our clients that we control the quality and quantity of our content, and do not accept too many advertisements. That’s why I don’t need to employ many full-time staff,” she explained. Besides, she said, being essentially a one-woman band has its advantages: “When I see something I want to edit or translate, I just do it.”