No, the Westminster police officer explains, you will not be arrested if you go out of your house during the quarantine. No, nobody died in the Korean supermarket from COVID-19. Yes, the banh mi shops of Little Saigon are empty and open only for takeout due to the virus. In story after story and image after image, Nguoi Viet, the media outlet that has served the Vietnamese community for more than four decades, personalized the devastating news about COVID-19 to its rapidly growing global Vietnamese audience.

In print, online, on YouTube and on Facebook, Nguoi Viet is the outlet, more than any other, that Vietnamese immigrants in California and across the U.S. turn to for reliable news and information. Its reputation for being the paper of record for refugees who arrived by the hundreds of thousands in the 1980s has made it seem at times like it was aging right along with that core audience. But in recent years editors and managers have embraced digital platforms to deliver news in ways more palatable for audiences of all ages. When Dang Tuyet Mai, the glamorous so-called former first lady of Vietnam, died in 2016, a Nguoi Viet journalist posted a video of the funeral, as it was happening, to Facebook. Within hours, more than 1 million people around the world had viewed it.

Before coronavirus, Nguoi Viet’s stately building in the heart of Orange County’s Little Saigon bustled with scores of journalists, staff, and community members. The robust editorial presence was all the more remarkable considering immigration from Vietnam is slowing and print circulation fell by 50% over the past decade. But Nguoi Viet is finding global digital audiences. The outlet’s social media accounts grew by more than 500% from 2015 to 2019. Its biggest, YouTube, is approaching half a million subscribers. And while Nguoi Viet creates new digital products, it also publishes books and a magazine, and has sponsored community events such as soccer game watch parties and computer classes for seniors. The paper’s building is an anchor in the community.

Founded in 1978 by Yen Ngoc Do, Nguoi Viet, which means “the Vietnamese people,” was the first Vietnamese-language newspaper published in the U.S. Do, a combat correspondent during the Vietnam War who fled with his family just hours before the fall of Saigon in April 1975, started the publication to help fellow refugees maintain connections with the country they left behind, as well as navigate their new home. Since then, dozens of other Vietnamese publications, radio, and television stations have emerged, including a sister publication to the San Jose Mercury News, Viet Mercury, which published from 1999 to 2005. 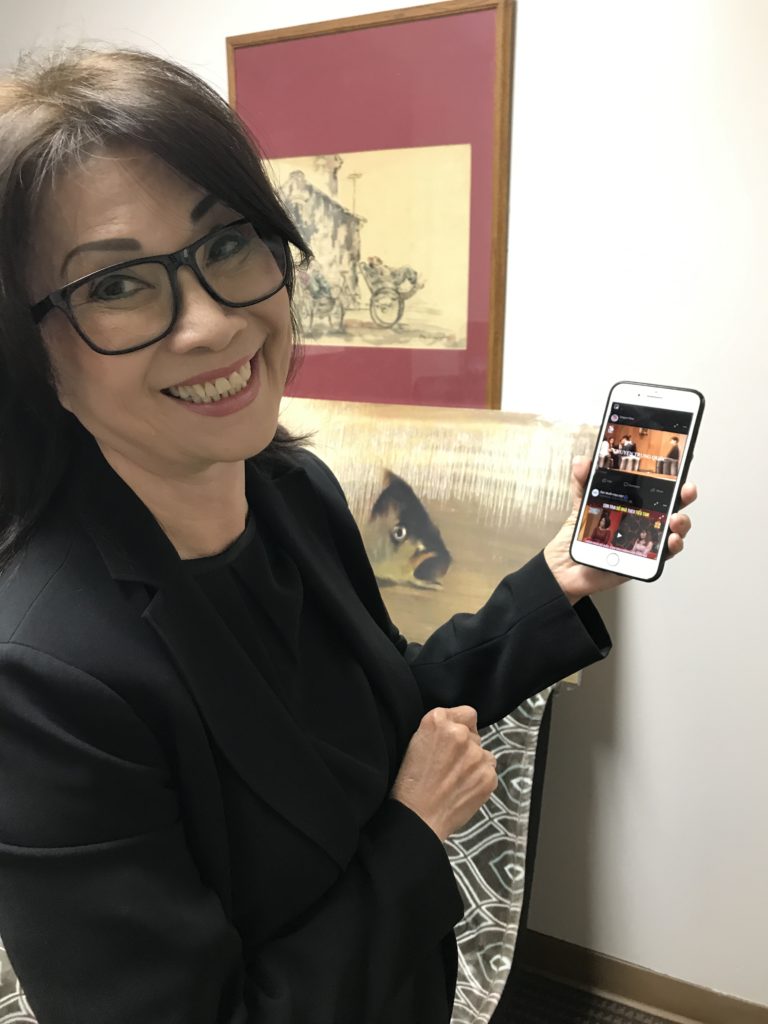 Even as competition heated up, Nguoi Viet, with a full-time staff of more than 50 and a handful of freelance reporters in the U.S. and Vietnam, grew steadily as the largest Vietnamese daily in the country.

The potential for a global digital audience became apparent in 2000, when President Bill Clinton visited Vietnam after initiating the normalization of relations between Washington and Saigon five years earlier. Readers in Vietnam without access to a free press turned to Nguoi Viet online as did Vietnamese-speakers around the world. “People living in Paris, Australia…want to know about what is happening here,” said Anh Do, daughter of the founder and a Los Angeles Times reporter who is actively involved with the paper as a member of the board. Her father passed away in 2006.

Social Media Manager Nhat Anh Nguyen said it’s the local stories – both news and features – that get the most clicks. “Vietnamese people in the U.S. and Vietnam want to know what’s happening here,” she said, adding that readers especially like stories about education, employment and immigrants overcoming difficulties. For older readers and viewers, says Yvonne Tran, president of the board of the Vietnamese American Arts & Letters Association, Nguoi Viet is a “lifeline and pulse on the events in the community and around the world.” But Tran said there’s room for the outlet to grow its “more tech-savvy, bicultural audiences.”

Print circulation is about 10,000, down from roughly 18,000 in the last decade. Until recently, Nguoi Viet got roughly half of its revenue from classified ads, with special sections catering to the Vietnamese community: restaurants looking for workers, job listings for nail techs, people with a room to rent. In March “everything stopped,” said Editor in Chief Dzung Do (no relation to the founder). 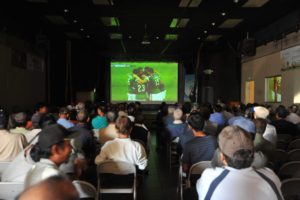 In the past, some of the ads lost in print have been made up in digital with advertising on social media and Google ads. Annually, Nguoi Viet publishes two books that bring in revenue: Lunar New Year Magazine, which people give as gifts; and a Vietnamese American Business Directory yearbook, for which ads and legal public notices are sold.

Nguoi Viet also has published works that Vietnam’s Communist regime has refused to publish. While these books don’t make money, they do bring the media company some recognition. “The Communist regime realized that we’re a very big and influential news organization,” the human resources manager at Nguoi Viet, Hung Nguyen, said. “They tried to buy off this paper in the past.”

Instead, the company converted to an employee stock ownership company in 2009, which gave all employees a stake in the newspaper. Now, thanks to coronavirus, employees will start sharing the pain of the downturn. The company’s senior managers decided in late March that several employees would be asked to reduce their hours by 50% while others would be laid off until after the crisis. Since then, Nguoi Viet has received a government loan and grants from Facebook and Google.

Do believes Nguoi Viet will pull through: “I think Americans will be hit hard, but the Vietnamese community can survive because they are used to surviving. They can handle it.”