From livestreaming city briefings to running a soccer league, a dynamic force for a Central American community 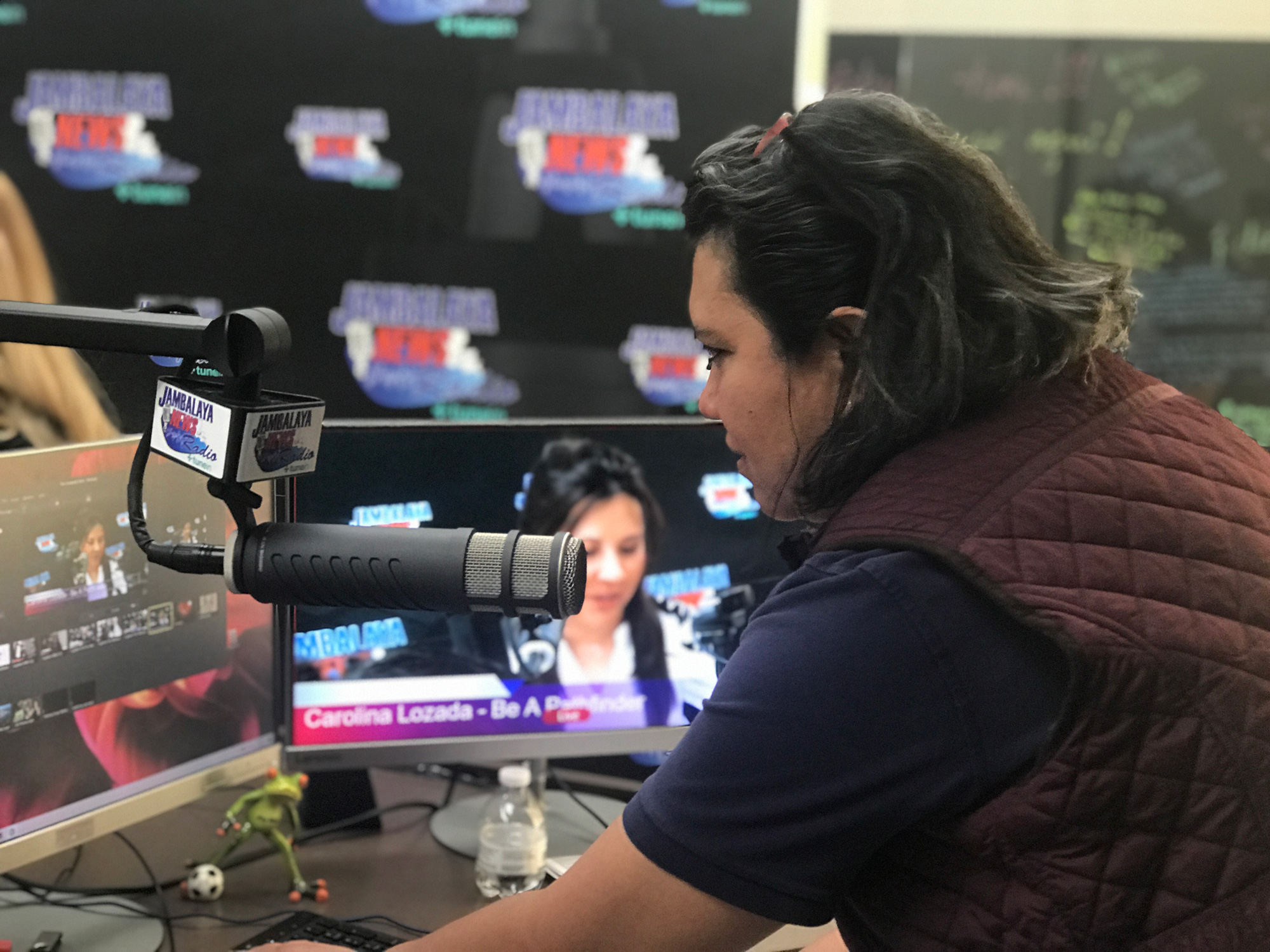 Jambalaya News had already been reborn twice after disaster. First, after Hurricane Katrina decimated New Orleans in 2005, then in the fall of 2019 when a fire ripped through the outlet’s cramped three-room office tucked into a strip mall of tattoo parlors, hair salons and travel agencies.

But the uncertainty of covering coronavirus is like nothing Jambalaya’s founders have experienced before. This women-run organization is having to regroup yet again, as it pumps out almost non-stop coverage of the coronavirus as the only local Spanish-language news outlet for the growing immigrant community in New Orleans.

On the Sunday in March that the Louisiana governor issued a stay-at-home order, Jambalaya was so inundated by calls that the staff took to Facebook Live and their digital radio station repeatedly to explain it to the local Latino community. Their microphones, which they had shared the day before with two evangelical churches that broadcast virtual services from their studios, were covered with paper towels. Nearly 20,000 people watched two Facebook Live broadcasts, posing anxious questions in Spanish: Why did the governor say construction workers are essential, won’t we get sick? What happens if I own my own gardening service, can I work? And if we can’t work, how do they expect us to pay our bills?

“We are trying to understand what is really happening to help people to take care of themselves,” said Chief Operating Officer Rocio Tirado. “This is too new.“

Just as Jambalaya is there to support the New Orleans community, the audience supports the outlet too. In October 2019, within an hour of discovering their offices in ashes, Jambalaya’s managers were amazed to see people showing up to help them rebuild. They were offered temporary space, and $20,000 was raised, much of it coming in small donations from listeners and readers, including gifts of $5 from day laborers. “The community held us up,” Tirado said. Now, they are undergoing their biggest test yet of that symbiotic relationship.

Since Katrina, there’s been an influx of Latino immigrants to New Orleans, lured by reconstruction and cleaning jobs. Many are Honduran, because of links that date back to the days when the United Fruit Company first shipped bananas from that Central American nation to the Port of New Orleans. As the Latino immigrant community has grown, Jambalaya has offered up health, immigration, and other local news — as well as sports and entertainment — on an array of digital and print platforms. There are two monthly print publications: one for news, one for sports. On the Jambalaya website stories are updated daily and interactive forms solicit event listings and classified ad placements. “People are always sending events,” Founder and Editor Brenda Murphy said. “New Orleans is small. People know us.” 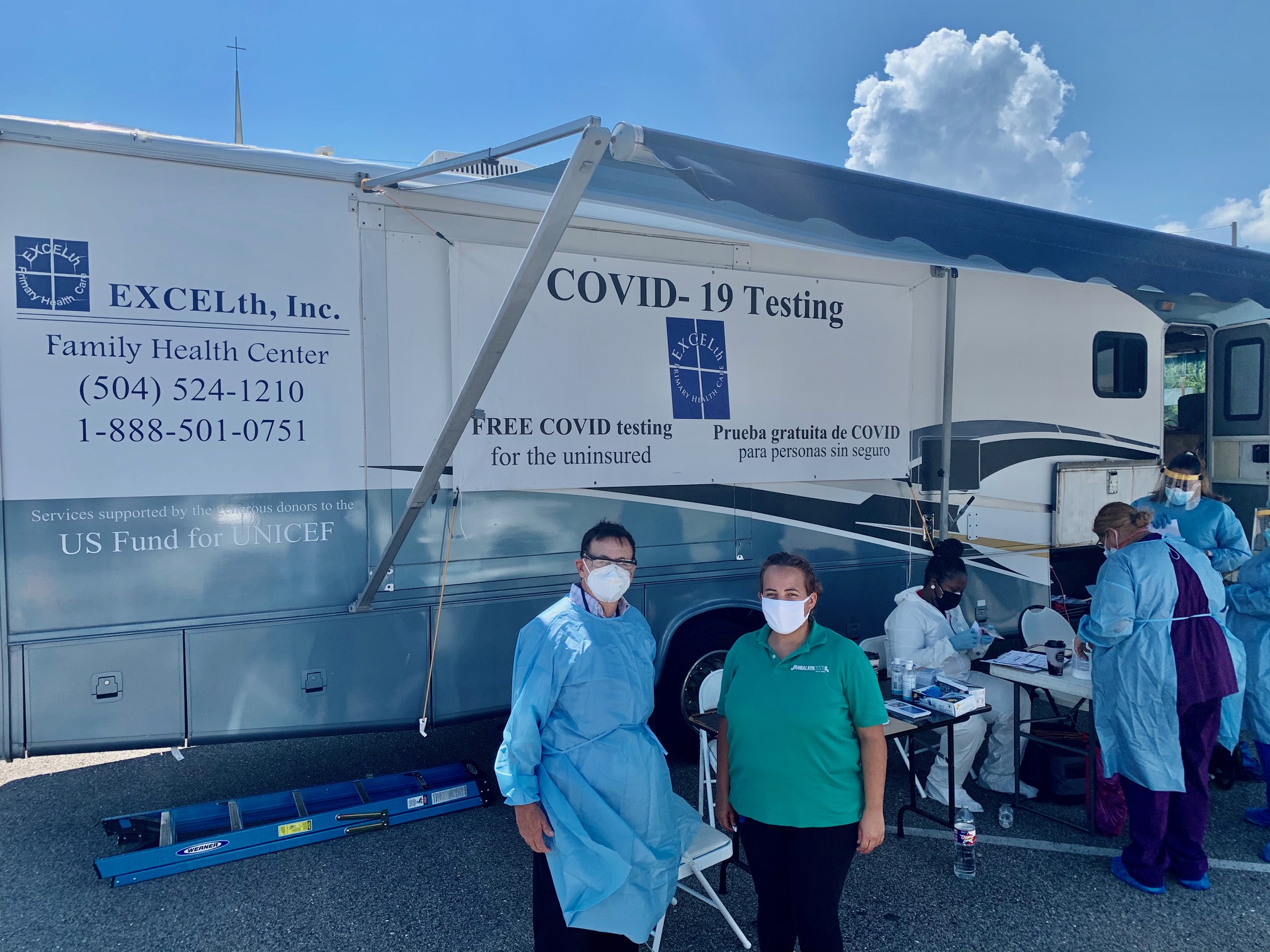 Of all the shifts, the biggest one, Tirado and Murphy agree, was being able to go live with social media. When a hurricane threatened the city again in the summer of 2019, Murphy, who studied journalism in Honduras, took to Facebook with both posts and live broadcasts, alerting listeners to official updates from the city and providing resources in Spanish about how to evacuate safely. Thousands viewed and shared their own tips on roads to avoid.

“We can get there quicker, we are in the moment, we can interact with people right away, immediately,” Murphy said. While Jambalaya’s internet radio is distributed via TuneIn and listeners without internet access can dial in, Facebook is the outlet’s biggest engagement tool. They have more than 38,000 followers, more than half the number of Latin American immigrants in the New Orleans metropolitan area today, according to census data.

That following exists because Jambalaya has proven its value in the community. The editors consistently show up in person to locations the English-language media does not: the soccer fields, the churches, the local press conferences. And they offer information and reassurance in a time of crisis. As they broadcast multiple times a day, translating and explaining emerging city decisions and raising concerns of community members around COVID-19, the audience is taking note and offering gratitude. “Thank you for communicating with us. May God bless you.” Others offer tips, like a warning about a store that was price-gouging. And many write in for advice: A friend with the virus is not going to the doctor, however according to the news we have the same rights even if we are illegal. What should he do? Murphy wrote back, sending the number of the studio and telling the writer to call after the program was over.

Nina Aorell, who had recently arrived from Honduras, remembers the confusion and panic immediately after Katrina, and the calm way in which Murphy, on Jambalaya’s FM radio, fielded and answered questions about how to get financial help. Before the virus, when Aorell worked cleaning houses or as she drove around New Orleans, she listened to Jambalaya via the TuneIn app, and often checked out their print magazine and Facebook page. These days, camped out in her home with no paycheck since her job ended due to the virus, she gets a notification on her phone that Jambalaya is live. Then she’ll watch the editors explain the latest government decision. “It is the only one worrying about and translating for the Latino community,” she says in Spanish. “They are at every press conference the city hosts.”

For the outlet’s managers, giving information and agency to the Latino community is a key goal. “The gringo newspapers speak about us when we do something bad. We drive without a license. We commit a crime,” Murphy said. “My orientation is to inform the Hispanics about what they need to know about the Anglo-Saxon world. Who is your police chief? What are the new laws that every year the reps are approving in their states?” And these days, who can work outside, and why?

They also give back to the community, by distributing food or backpacks in partnerships with other local organizations. The year after Katrina, 2006, they created a soccer league that has grown to 18 men’s teams, seven women’s ones and more than 100 kids in a soccer academy. It isn’t a money-making enterprise, but it is good marketing.

Jambalaya’s key to survival is being resourceful in cutting costs and boosting revenues. Before the virus the outlet had a lean team of a full-time reporter and graphic designer, four part-time employees, and a handful of volunteers. And they take advantage of cheaper production costs abroad: the radio programming is outsourced to someone in Mexico who selects the order of songs and a graphic designer, web producer and reporter are based in Honduras. 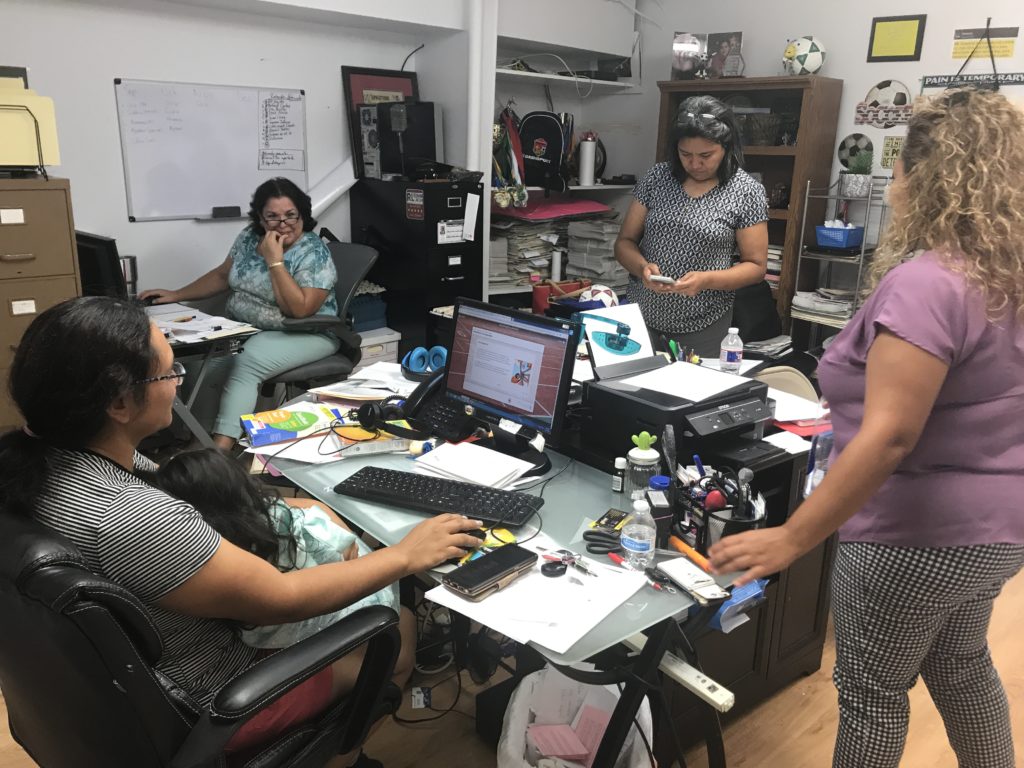 They offer online banner ads, internet radio ads, and print/digital packages. They use Wirecast to stream the radio show onto their Facebook Live, which allows a show to get multiple views and shares beyond the local area. This new radio distribution lowers costs, and until recently advertising continued to come in.

But after the pandemic hit, advertising tanked. Restaurants closed down completely for two weeks, and by June were open at 50% capacity. A bright spot was when they secured a Google News Initiative Journalism Emergency Relief Fund grant that brought in $5,000 in needed funds. “I know it’s not a lot, but it gives us hope,” said Tirado.

The women of Jambalaya are banding together, with Murphy cooking for them and Tirado designated to go out to press conferences. The New Orleans staffers are not being paid because, if needed, they can rely on food stamps or find another way to earn money. But those in Central America are still being paid because otherwise “they will go hungry,” said Tirado.

More than ever, it’s a dynamic balancing process that requires, says Murphy, constant reinvention coupled with consistent dedication to the mission of serving New Orleans’ Latino immigrants. “I believe that nothing is finished,” Murphy said. “I believe that if you want to impact those that you are serving you have to involve yourself.”