A micro TV station for a people with an oral tradition 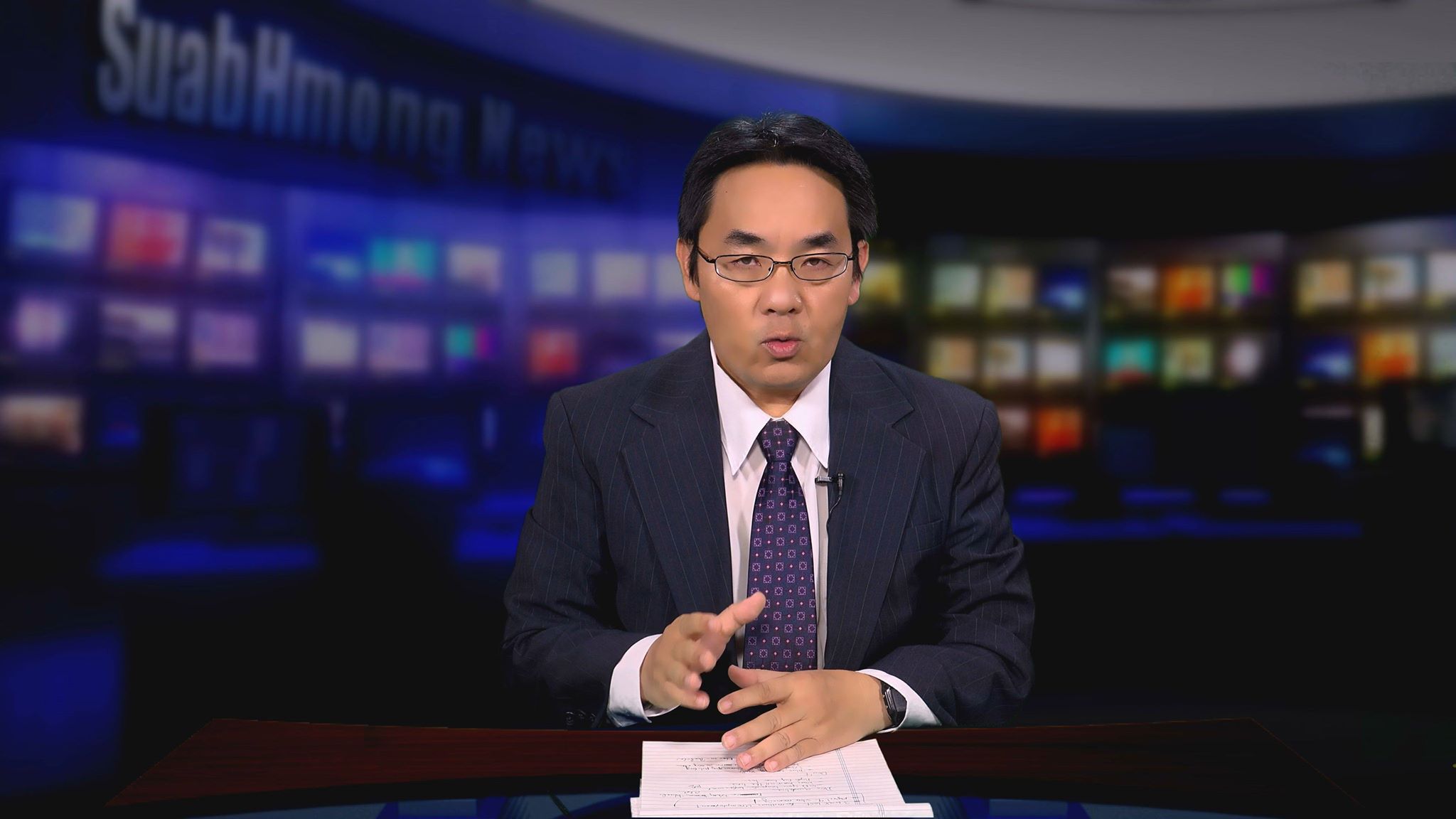 By day, Richard Wanglue Vang is an “unassuming heads-down, loyal employee” at Harley-Davidson Motorcycle headquarters in Milwaukee, Wisconsin. But when he returns to his suburban home at night, he descends the stairs to his basement, selects one of many suits and ties in a closet, and transforms into a news anchor for Suab Hmong International Broadcasting Co.

Before the crisis, Vang would travel on weekends to different Hmong communities from Wausau, Wisconsin, to St. Paul to Sacramento, then edit footage for broadcast during the following week. In these places he is a celebrity, famous for livestreaming festivals and reporting that tells the stories of Hmong immigrants – stories mainstream media overlooks. The coverage that does exist often focuses on problems in the community such as poverty or crime. 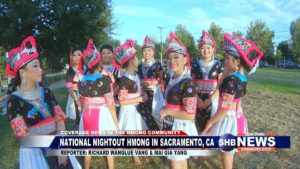 Suab Hmong News shows up for local community celebrations nobody else covers, among them the annual National Night Out in Sacramento.

Suab Hmong, the “Voice of the Hmong,” is one of the oldest and most important U.S. outlets for the members of the Hmong ethnic minority, stateless immigrants who arrived in the U.S. after the Vietnam War, mostly as refugees from Laos, Vietnam and Thailand. Today, there are roughly 300,000 people of Hmong background in the U.S., concentrated in California, Minnesota, and Wisconsin.

Lori Kido Lopez, an associate professor at the University of Wisconsin-Madison who has studied the media practices of the Hmong community, including a participatory conference call system, describes Suab Hmong as an example of a micro media outlet and a new type of digital television so professional in its presentation that it’s hard to believe it’s produced largely by one person working out of a basement. “An extremely small staff is able to produce audiovisual content that is recognized as ‘television,’” Lopez writes in an unpublished book on Hmong media. “Yet it also can be seen as an example of a hybrid media platform, as these news outlets challenge some of the core concepts we use to understand the medium of television in the digital era.” 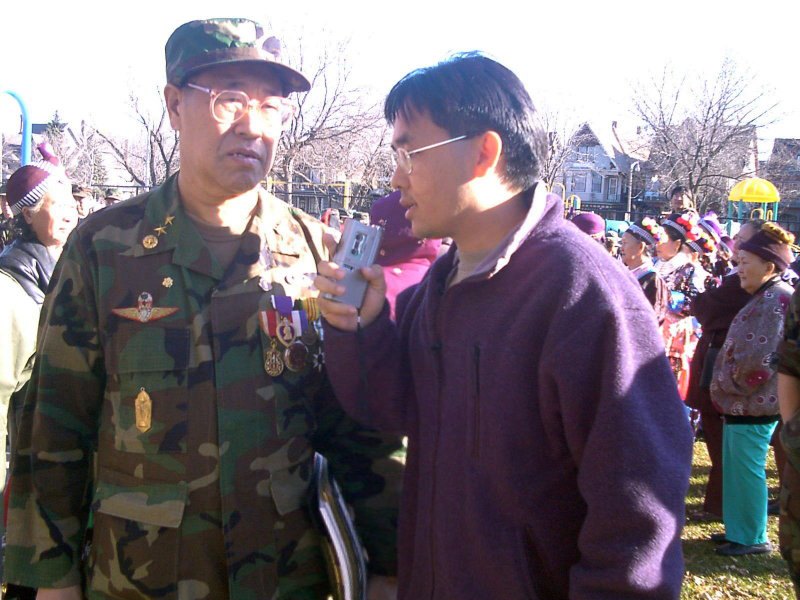 The Hmong come from an oral tradition and the concept of news media did not really reach them until they arrived in the United States, according to Seng Alex Vang, a lecturer in Asian American Studies at California State University, Stanislaus. (The two are not closely related though they likely have a common ancestor: Vang is one of 18 Hmong surnames denoting a clan connection and is very common.) Richard Vang noted that when the Hmong lived as refugees in Thailand and Laos, they weren’t exposed to a free press, and their communication among themselves was limited to singing and storytelling. Now, he says, from the U.S. he can reach Hmong around the world, cover events, and educate them.

Vang’s expertise in computer programming helped him forge this new type of news source nearly 20 years ago. Initially, he bought local radio time for three hours a week. But he found the internet could reach audiences far away, for less money, and without FCC constraints. Today his site, which gets about 90,000 unique visitors a month, has a growing international audience, with about 40% of visitors coming from outside the U.S. Prior to the pandemic, a week’s stories might include coverage of a Hmong festival in Wisconsin, a talk show on how some older refugees in the U.S. are returning to Laos to marry, or a ceremony honoring an elected Hmong official in Oshkosh.

In addition, Suab Hmong reaches viewers via a daily broadcast on Crossings TV, a cable TV network that provides news, information, and entertainment programming daily in Mandarin, Cantonese, Tagalog, Punjabi and other languages, as well as Hmong, in seven metropolitan areas with large Asian populations.

While Vang gets some help from others, including his wife, he is the owner, executive producer, anchor, and reporter, and handles the technical side as well, producing all the graphics and music. Vang never trained as a journalist, but he works hard to expose false information circulating online and believes in thorough reporting.

“Our program has to be really professional. You have to go directly to the source instead of getting information from the internet and talking about what’s going on,” Vang said. “These are the two things that the Hmong community pays attention to.”

Although the Hmong are not a new immigrant community, there’a continuing need for in-language news, says Zongsae Vang, a senior organizer and interpreter at Hmong American Friendship Association in Milwaukee. “Right now, after 40 years in the United States, I would say more than about 50% of the Hmong population who is 45 or older still don’t read English and don’t understand exactly what the news portrays,” Vang said. “A lot of Hmong people don’t read and don’t write. They just listen to Hmong news.”

While Suab Hmong distributes most of its videos via YouTube, Facebook is where the most active conversation happens with a group of more than 14,500 members. Vang sets strict ground rules for digital conversations, among them:

When someone reported that the Laotian government was killing people and posted a video from years ago, Vang noted this was inaccurate and took it down.

Even though he is an early technological adaptor, he also recognizes his community is not. “Some people don’t even know what the internet is,” Vang said. “Pretty much everywhere we go we have to do some education, how to watch our program, how to listen to our program.”

Vang and his team of contributors run a community-oriented media initiative that primarily derives its sustenance from their efforts and donations. When Suab Hmong terminated its broadcast radio station, it stopped actively soliciting ads. The YouTube channel runs some ads via Google AdSense, but revenue from these amounts to a trickle.

Beyond that, the outlet is financially supported through Vang’s personal contributions, occasional donations from Hmong supporters, and paid videography gigs like recording Hmong New Year events. As Vang describes it: “It’s not a business where we focus on where we get more money. Our goal is to have more people exposed to our programs.” The reporters and producers all have paid day jobs. “It’s pretty much volunteer,” Vang said. “It’s our passion for the Hmong community.”