“Do you help in arranging funerals for patients who died of COVID-19?” It was just one of many desperate questions being lobbed at the host of a TBN24 show during a recent broadcast. The Queens-based Bangladeshi global digital television company’s studio is on a quiet residential street, near what in mid-April was the epicenter of the U.S. outbreak of coronavirus cases. Co-founder Habib Rahman and his colleagues took their public service role to heart – a few days later, a funeral director was a guest on TBN24.

For much of May, Rahman subbed as host in a mostly empty studio. Two of his new reporters had coronavirus, as he had in March. With the increase in questions about everything from unemployment payments for cab drivers to visa bans, he was clocking 16- to 18-hour days. On air, Rahman presses experts such as accountants, doctors and elected officials with questions from his audience, which includes “people who lost their jobs, tested positive with COVID-19, or even people who cannot afford food.” 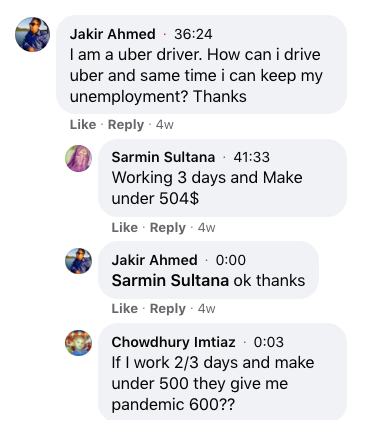 “You are a lifesaver,” wrote Nilufa Akhter on Facebook, after the host explained that a new temporary ban on new visas would not impact her sister, who had traveled to Bangladesh in January.

While TBN24’s coverage is based in New York, the outlet defines itself as the “voice for non-resident Bangladeshis and Bengali speakers living across the globe.” TBN24, less than a decade old, boasts more than 2.7 million followers on its Facebook page. That’s roughly 10 times the number of Bangladeshi immigrants in the United States, according to census data. When the green card suspension order was published on April 22, more than 160,000 people watched TBN24’s report on YouTube. In addition, tens of thousands of people stream TBN24 via internet TV services such as Total Cable, which provide a set-top box for televisions or an app for Windows PC and Mac. The service, which people can order online or buy at the “Desi grocery stores” selling Indian, Pakistani or Bangladeshi items – includes TBN24, prominent U.S. channels, as well as those from Bangladesh.

By the early 2010s, the local Bengali newspaper market had become saturated, with at least a dozen publications serving the roughly 77,000 Bangladeshis living in the New York area. Bangladeshi immigrants to the United States are a relatively new immigrant group, with most arriving after 2000 and the largest share settling in New York. Despite the huge number of newspapers, Rahman and Ahmodul Barobhuiya and Saad Uddin, who specialized in electronics and business, saw a media opportunity. “We realized that Bangladeshi Americans living in the U.S. need a platform which can talk about our issues and focus on Bangladeshi Americans,” he said. They saw it as a way to connect two divided sections of Bengladeshi immigrants to the U.S.: The educated professionals, and those who were working as drivers or in restaurants with little understanding of how the U.S. functions. “We also realized that Bangladeshi Americans live on their own island and are not connected with American society, they are not familiar with American issues,” Rahman said.

Some broadcasts are held in English, like this one on New York relief efforts which reached more than than 15,000 viewers on Facebook alone.

The founders had business backgrounds, so they recruited media professionals in Bangladesh, building up a transnational newsroom that, according to Rahman, has 20 people working in Queens and 120 in Dhaka. “We were able to get a good bunch of journalists who understand both the languages very well,” Rahman said. At night in Dhaka, drivers come to pick up their workers, who earn less than reporters based in New York might, but who get health insurance and double the salary they would receive in Bangladesh, according to Rahman. Throughout the Dhaka night and New York day, they review the wires about news in the U.S. and then remix it for a Bangladeshi audience in translation.

The first key to their success, believes Rahman, was making this product highly accessible. While there are multiple distribution outlets the process to reach them is simple. “People like technology, but nobody likes complex things,” said Rahman. 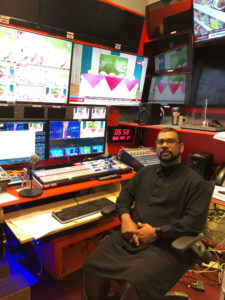 The other key to success was ensuring that stories reflect the interests of Bangladeshi Americans. For example, audience numbers started to grow in the buildup to the 2016 election and TBN24 started explaining the political system to audiences on live digital TV, as well as on Facebook where people could share and provide commentary. “We realized that our people don’t understand how this country works. How the political system works,” he said. “When we started teaching them in their own language, it resonated with them, it made sense to them.”

As Rahman hosted a state senator from the Bronx on a show on May 1, he asked the senator to explain rent forgiveness plans to listeners, and to answer questions about why they were not receiving unemployment payments. “How can they get in touch with your office?” Rahman not only pushed the senator for answers and accountability; he also pushed his audience: “Let me bring another issue, census. 2020 Census. Many of us are not filling out? Why?”

Even as TBN24 has registered record demand and viewership, like other immigrant media outlets it’s recently taken a financial hit. Revenues are completely based on advertising – ticker ads that scroll on the bottom or top of the screen are common and shows carry ad spots from local professionals like realtors, and accident or immigration lawyers. Campaign advertisements from local politicians also stopped appearing. So far, TBN24 hasn’t received ads from local government agencies or federal campaigns such as the 2020 Census, which frustrates Rahman, who says he sees newspapers with much smaller reach receiving them.

For now, the co-founders, each of whom owns other businesses such as a Desi clothing company, are providing funding each month to cover the advertising shortfall. “Our community needs TBN24 more than ever, so we will support it as long as we can,” Rahman said, declining to discuss publicly how much they were providing, beyond “a lot.”