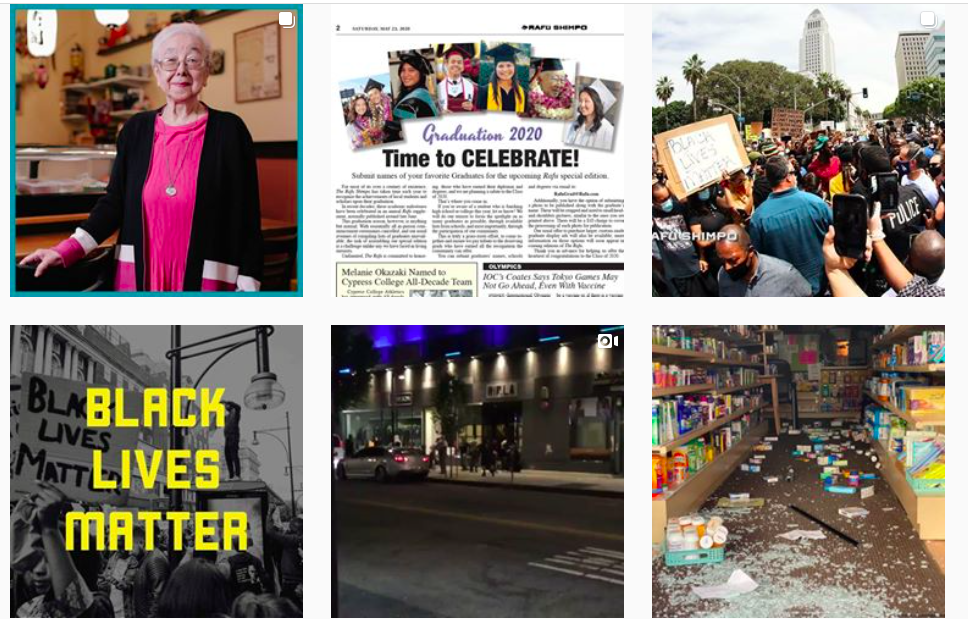 A selection of Rafu Shimpo’s recent coverage highlighted in its Instagram feed, including coverage of vandalized shops in Little Tokyo.

Looting during the civil unrest following George Floyd’s murder by the police clearly had a target in Los Angeles’ Little Tokyo: High-end sneaker shops. The story was not in the Los Angeles Times or LAist, where reporters focused on areas that took bigger hits such as Melrose Boulevard and Downtown. But it was big news in Rafu Shimpo, the oldest newspaper serving the Japanese-American community. Their coverage was rapid, multimedia, and in depth. It was also personal. 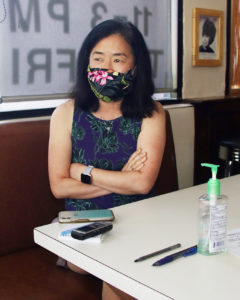 “We are not just reporters; we are also members of the community,” Rafu Shimpo English Editor Gwen Muranaka said. After a local source sent them a video of the looting, they quickly published it on their website and social media along with a story, knowing their newspaper would not publish for a couple of days. Their community responded: unique views of the story on the website that night “reached over 206,000, which for us is insane.”

The Rafu Shimpo newspaper survived the destruction of local businesses and forced transport of its community to incarceration camps during World War II. It was part of the rebuilding of stores and institutions, leading the way as the first Japanese-language newspaper to resume printing after the war. In 2016, the internet and an increasingly integrated Japanese-American population almost forced the Rafu, as it is affectionately called, to close its doors once and for all after 113 years of publication, but an ambitious digital subscription drive saved it. Now, its managers wonder if Rafu will survive the pandemic, and are readying a new push to build the historic outlet’s audience. (Rafu Shimpo means “Los Angeles Japanese Daily News.”)

“Like every newspaper we’re in the fight of our lives and not sure whether we’ll survive, but it seems the community support is strong,” Muranaka said. She is receiving messages with notes like a recent one which read: “I’m so glad you are still publishing.” For many, the Rafu, which is currently published three times a week, is a lifeline to help stay connected and informed, especially in this time of isolation.

Rafu Shimpo was founded in Los Angeles in 1903. Early on, its creators recognized the importance of producing a bilingual edition, first launching it in 1926. The move was “a very conscious decision from the publisher,” said Muranaka. The goal: “Americanize our second-generation kids.”

For the U.S. government, mastery of the English language was not enough. Publication suspended in April 1942 as Japanese were forcibly moved to incarceration camps. The last headline read, “Before long we will be your ‘Rafu Shimpo’ again.” Eiichiro Azuma, an associate professor of history at University of Pennsylvania, writes that the publisher “hid the rotary press, Japanese printing type, and other equipment under his building floorboards with an intention that he would come back to Los Angeles to resume the newspaper operation.” 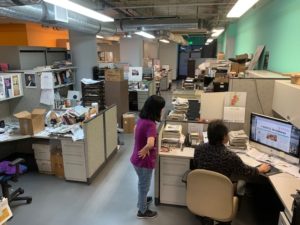 Muranaka reviews the paper’s layout in the newsroom the last day before editors started working at home in March. (Photo by Mikey Hirano Culross/Rafu Shimpo)

In March 2020, as the California lockdown loomed and staff packed up their offices to work remotely, Muranaka felt compelled to document the occasion. She knew that decades ago when Rafu was forced to close down, the editor at the time, the current publisher’s grandfather, kept a diary. “As a community we have always talked about wartime experiences,” said Muranaka, whose father had been sent to an incarceration camp. “So that’s our personal mythology. Our story is of darkness and perseverance. Now all of us are experiencing it.”

Since closing the office, the staff has continued to report, going out to interview victims of robberies and telling the stories of the mostly senior residents of Little Tokyo. New digital technologies have been a challenge for a staff which, admittedly, is not at the forefront of social media, with 10,000 followers on Facebook and 5,000 on Instagram. But now Rafu is sharing virtual tours of Little Tokyo, and the Japanese-language section has upped its reporting with service journalism for immigrants in Los Angeles. The recent coverage has drawn in a growing number of online readers.

The paper has demonstrated its unique bilingual and bicultural role, as a source for both recent Japanese immigrants as well as Japanese Americans who have lived for generations in the United States. Rafu’s coverage included the story of a 54-year-old dad active in Japanese-American basketball who died of coronavirus and incidents of anti-Asian bias, such as when 78-year-old Yukiko Yamamoto went to a post office and someone shouted at her, “Chinese! Corona!” On social media, Rafu only shared Yamamoto’s response: “I thought, ‘It’s happening again.’” For the Rafu audience no explanation was needed – the “it” was the anti-Asian sentiment that erupted during World War II.

The paper is also publishing materials from the Little Tokyo Service Center on local small business collaborations or how seniors can get meals through a community program. And obituaries, long Rafu’s most read items, have been becoming longer and more poignant as readers cannot have services for loved ones in person. 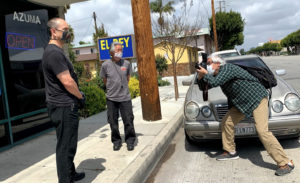 Among the biggest challenges facing Rafu is securing an audience that can sustain it in a community with low levels of immigration compared with other Asian communities. There are currently around 40,000 Japanese immigrants living in Los Angeles and 360,000 in the U.S. as a whole. Most other Japanese-American print media, including all of Rafu’s local competitors, have ceased publication.

In 2016, the paid print circulation of the family-owned daily had dropped to 7,800 from a peak of 23,000 in the late 1980s. The eNewspaper subscription drive saved the paper, bringing in tens of thousands of dollars and a new way to connect to readers. “If we didn’t have the online subscription program, we would not have survived,” said Michael Komai, publisher and president.

While many mainstream papers have a digital subscription program, this is rare among community newspapers, many of which give away for free not only their digital content but also the print copy. Rafu charged $50 a year for a digital version of the newspaper that was more complete than the version published daily on the website, but in the end only gained 1,800 new subscribers and an additional $75,000 in revenue.

After the 2016 subscription drive, digital advertising became the third source of revenue after circulation and paid advertising which helped sustain them until this year. “The third week of March looked like a giant sinkhole,” Komai said. So far, the managers have not furloughed staff, though. They received government small business protection funding and, for the first time, grants from Facebook and Solutions Journalism. “I’m getting the sense that they recognize, finally, that ethnic media is important,” Muranaka said of grant-making organizations. “It’s not just about The New York Times. It’s us little guys, and we’re hurting.”